Introduction to The Use of Vegetable dyes by Violetta Thurstan.

"Is this 'vegetable dyeing' that we are hearing so much about less trouble than chemical dyeing?

No it is more trouble.

Is it then quicker?

No, it takes much longer.

Is it a faster dye?

No, a really fast chemical dye cannot be surpassed by any vegetable dye.

No, the cheap chemical dyes in packets cost only a few pence.

Why then should anyone trouble to learn how to use vegetable dyes?

Because of the beauty of its results, Those who use them claim that no chemical dye has that lustre, that under-glow of rich colour, that delicious aromatic smell, that soft light and shadow that give so much pleasure to the eye. These colours are alive as beauty is alive; and that is why we would like every craft-worker in general, and every weaver, (knitter) and embroiderer in particular, to learn something of vegetable dyeing."

Since 1977, when I bought the 15th edition of The Use of Vegetable Dyes by Violetta Thurstan, a 48 page book that was first published in 1957 when its author was a mere 78 years old, I was enthralled by this introduction and have found her description of the properties of natural dyes a daily benediction of my work. Do read about the extraordinary life of Violetta Thurstan yourself. 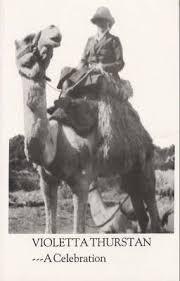 I had no idea that she was such a determined and adventurous person when I pawed through and turned her pages into samples in my successive kitchens and eventually dye-houses. However I always had a feeling that she was one of those who had preserved and passed on a baton which those of my 1960s generation, who already had a suspicion of the advancing commercialism and earth abuse, took up. Many of my contemporaries drifted into the main stream of life that they had naturally spurned in their tempestuous youth but a surprising many did not, choosing instead to live on the margins as crafts-people, artists, land and people carers, ecologists and general drop-outs to name a few. Now, they are standing on tiptoes, waving batons. 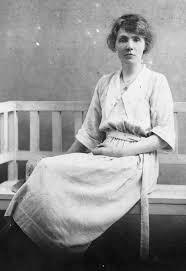 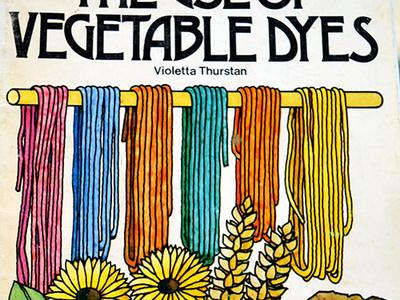