As far as news goes, I am not sure where to start. No doubt the most significant happening for Renaissance Dyeing in April was that Ann the winner of the Great British Sewing Bee wore the Bohemian Rhapsody to the studio on week 3. You can see her wearing it here between 2 - 4 minutes into the video. It is wonderful to see the scarf being worn by such a competent needle woman. Although the scarf was not mentioned there are a lot of you who seemed to have known it and decided to make one for yourselves.

Which brings me back to the roof mentioned in my last blog post. When the tiles and boards were finally off, it revealed a network of old rotting oak beams as rugged and undulating as the mountains in the background. Over a 100 years ago in the Ariege everyone in the community would have built their houses together and although they were quite proficient at the masonry, the carpentry usually left much to be desired. The beams to support our roof were rather higgledy piggledy which caused a few extra problems. Nonetheless it had survived for well over a 100 years but now had to be replaced. Like a lot of the Ariegeoise barns this was really a house with the animals living on the ground floor and the people on the first. You can still see where the fireplace was on the back wall of this north facing barn. 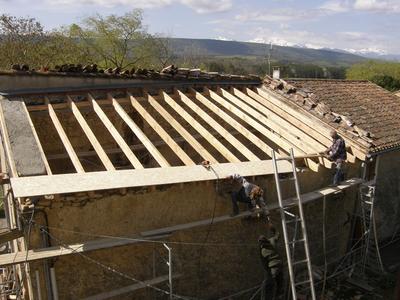 A few weeks later and the tiles were back on again but not quite, as we had run out. The tiles on the right are the ones that were rescued from the original roof, the rest have been used as hard core at the back of the house. The tiles on the left were found in the garden as no self-respecting roof owner in these parts would be without a few spares. But still we had to look for more and they are a very old style so it was not too easy. Now the roof was back on we could put in the concrete floor, you can see the lorry on the left below. 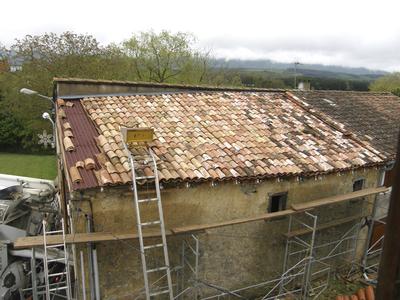 Levelling the floor called for good coordination between the levellers and a strong pair of boots. 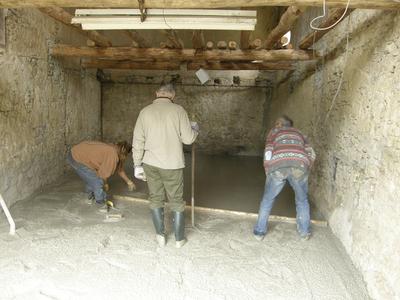 Finally, we fetched our dear old machines from Lieurac, not a job for the timid and as you can see we found some roof tiles! 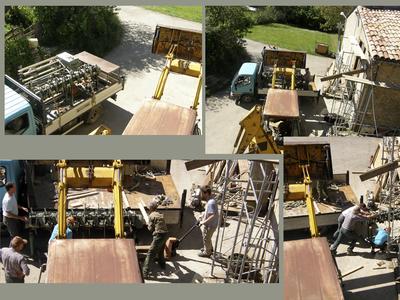 The whole adventure took us well over our tight budget, a gap which was bridged by the unexpected sales of the Bohemian Rhapsody. So thank you Mary Lena, Ann and of course all of you, our dear customers. We have named the barn Ann's Barn.

Once the barn has electricity we can get back to winding more wool for you. 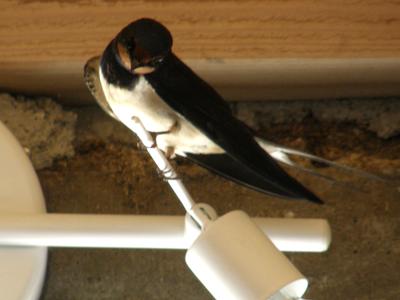 P.S. Many of you have asked if I will be giving dyeing courses this year. Not here this year but I have been invited to teach for 2 weekends by The Wool Box in Italy. The first weekend is the first in June and will cover natural dyeing right from the start with wool preparation, mordanting and natural dyeing yellows and reds, including with locally found plants. The second weekend will be in September working again with local plants and 2 types of indigo vats including the organic indigo vat. Courses are in English with an Italian translation. Only 12 places.

Thank you. Very nice!!
but you will be teaching en Ariege in the future, right? 2014 maybe?
Best

I don't know at the moment Monique. I really like to pass on the know how of natural dyeing however It is quite a undertaking to organise all the accommodation and catering. I will see what I can do. Best Andie

Ann looked so elegant in her Bohemian Rhapsody. She thoroughly deserves to have your barn named after her. It sounds like a few more Anns in your life would be helpful. Kate Middleton is the only one that springs to mind. I read a comment somewhere that she wants to learn to knit.